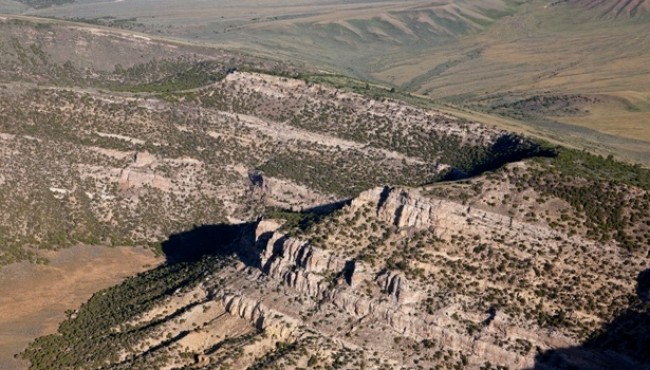 Good news for Little Mountain! At the recent meeting of the Sweetwater County Commission, several of the commissioners spoke in favor of preserving the area, citing its unspoiled condition, its wildlife habitat and its sentimental value.

Commission discusses how to conserve the Little Mountain area

The Sweetwater County commissioners discussed the development of the Little Mountain Area and expressed mixed emotions about the significance of the area and their love for the county and the potential for multiple land use possibilities like mineral extraction.

“We have to remember that this land is our land,” Commission Chairman Wally Johnson Said at the March 6 commission meeting.

Mineral extraction runs deep in Johnson’s veins, he said, as members of his family have worked in the area for several generations. However, Johnson also said he has strong feelings about the natural beauty of the untouched land. He said the Little Mountain area is like Sweetwater County’s Yellowstone National Park.

Commissioner Reid West said he understands the economic benefits county residents derive from mineral extractions, but the Little Mountain area is like “our playground.” West said he prefers to have people representing diverse interests involved in the discussion rather than the commission making a decision unilaterally.

“My biggest fear is that if resources are found, it’s going to end up looking like the Jonah (Field), ” West said. Numerous natural gas wells are scattered in the 21,000-square-mile area located south of Pinedale in Sublette County.

Commissioner Gary Bailiff said he does not support mass industrial use of the area because it has sentimental value to him. “I went on my first hunt out here, and I’ve loved it ever since,” Bailiff said.